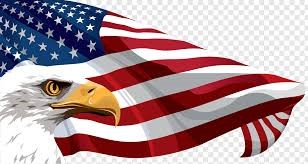 “The willingness with which our young people are likely to serve in any war, no matter how justified, shall be directly proportional to how they perceive the Veterans of earlier wars were treated and appreciated by their nation.” — President George Washington

As Veterans Day approaches I thought I’d share my thoughts regarding what a veteran really is and stands for. Mind you, I’m expressing my opinion based on personal observations, conversations and past experiences. You don’t have to agree with me.

Respectfully, to many folks veterans are a strange breed.  Generally speaking, they are wired a bit differently as a result of military service and indoctrination. They often think differently and sometimes react or express themselves differently. It may be difficult for them to develop trust and rapport as they feel much more comfortable around other veterans, especially when sharing war time experiences or discussing wounds sustained in armed conflict, or those persistent haunting memories and feelings of emptiness, guilt, and sorrow for the loss of fallen comrades. Unfortunately, for many combat veterans the battles may be over but they’re never really forgotten…nor are the screams, sights, smells, and pure fear. The exposure to traumatic events, repeated violence, death and destruction undoubtedly changes a person forever. No one really returns home whole and it’s a constant struggle to endure and cope.

It’s important to understand veterans are not glory seekers and some find it awkward when referred to as a hero. Many prefer a simple “welcome home” rather than “thank you for your service.” To us the word hero is reserved for those brothers and sisters who returned home shrouded by the flag and mourned by friends and family. Sadly, they were taken from us much too soon but left us with fond undying memories of friendship and camaraderie. They were and will always remain America’s finest who without hesitation, sacrificed themselves for the preservation of our nation and our way of life.

And let us not forget veterans who after peacetime service hung up their boots and packed away their uniforms. They too served honorably and those who have passed on now share common ground. Warriors all, continue to have each other’s six (their backs) and peacefully rest in sacred fields of stone, a place of honor, a place for us to visit and show respect, a place for remembrance, a place to reflect.

There are many reasons why someone would enlist in the military. Here’s but a few:

A sense of duty or patriotism
Family expectations / traditions
Escape intolerable circumstances / living conditions
To learn marketable skills
Obtain a college education
Travel the world and parts of the United States which otherwise could not be realized if not for military service
Decent pay, promotional / career opportunities, and retirement benefits
To prove something to themselves
And last but not least, nothing else better to do (can’t figure out what to do in life)
Whatever the reason, citizens enlist, recite the oath, and don the uniform with a clear understanding they may be called upon to put themselves in harm’s way.

By the Numbers – Statistics

Currently there are approximately 1.3 million active-duty personnel, or less than one-half of 1 percent of the U.S. population. I find that number interesting as it clearly supports the notion military service is not for everyone, nor should it be. Thus, contrary to popular belief, it does take a special kind of person to intentionally and voluntarily disrupt their lives, leave family, and join the ranks of the most powerful military force the world has ever known.

Women are an integral and indispensable part of all military branches of service, yet sad to say so many  have not been afforded the same recognition and respect bestowed on male counterparts upon separating. It’s quite shameful to be honest. We need only to remember brave women like Ruth Gardiner, Jessica Lynch and Lori Piestewa, Ashley White, Jessica Ellis, Elizabeth Jacobson, Sharon Lane, and others who were gravely wounded or killed in the line of duty. Their individual courage and sacrifice clearly evidence the importance and value of a woman’s contributions to service. These heroic ladies understood and readily accepted the fact debilitating injuries and death are not respecters of gender, and when faced with danger these ladies never shirked their duties or dishonored their units, their families, or themselves.

Respectfully, I cannot imagine what our military would look like without women in uniform. Whether in peacetime or during war our military remains dependent on the skills, dedication, and resourcefulness of the female warrior. America’s “Wonder Women” are as committed as any male service member and deserve no less respect or admiration. They are in every sense of the word…inspirational.

Military service is a serious matter. It’s not easy by any stretch of the imagination, but at times neither is being a veteran. All veterans must deal with a myriad of issues after separating from service and for some the feeling of hopelessness and despair becomes too much of a burden to bear any longer. Consider the following:

I sincerely hope we all can display a bit of humility and offer profound respect and veneration on Veterans Day. It’s important to remain thankful to those who answered the call and bore the hardship of military service when others couldn’t or wouldn’t. I’m proud to have served as it was my honor and a privilege to have been in the company of the finest male and female Soldiers, Sailors, Marines, Coast Guardsmen and Airman this country has ever produced. Quoting from the German General in the hit series Band of Brothers, “We few, we happy few, we band of brothers”.

And so in closing, I raise my glass and offer a simple toast: